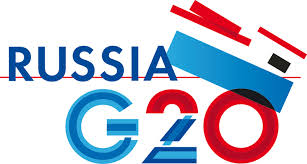 World leaders have begun arriving in St Petersburg, ahead of this weekend’s G20 summit.

The 7th summit of the G20 leaders is being held at the city’s Constantine Palace and security around it is tight.

The main topic of discussion, although not on the summit agenda, is sure to be the conflict in Syria, which is causing tension between the US and Russia. Barack Obama had already pulled out of a one-to-one meeting with host Putin after Moscow granted Edward Snowden temporary asylum.

The G20 was set up to discuss global financial and economic issues – so banking reform, taxes and trade are officially what everyone’s there to talk about.