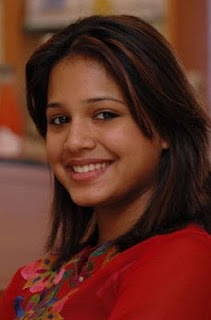 Dipika Pallikal.
She defeated Emma Beddoes of England 11-9, 11-8, 9-11, 11-6 in the final.
It was her first WISPA (Women’s International Squash Players Association) title. England beat Australia by 7 wickets
Man of the Match – Craig Krieswetter 63 (49)
Man of the Series – Kevin Peterson
Who is appointed as brand ambassador for the ‘Mega Tennis Event’ organized by All India Tennis Association (AITA) which is aimed at the development of sport in the country?
Sania Mirza.

President of the International Olympic Committee from 1980 to 2001, who has died in Barcelona recently?
Juan Antonio Samaranch.
He was heading the IOC for 21 years for the longest tenure after that of the body’s founding father, Baron Pierre de Coubertin.

Which team won the third edition of Indian Premiere League (2010)?
Chennai Super Kings.
They defeated Mumbai Indians by 22 runs in the final held in Mumbai.
Man of the Match: Suresh Raina( He scored 57 runs from 35 balls and took one wicket.)

Who has been named the new interim chairman of the Indian Premier League (IPL)?
Chirayu Amin.
BCCI suspended Lalit Modi from his post as chairman and commissioner of IPL, over allegations of financial irregularities, match-fixing and rigging of bids.

Manchester United and England striker who won the Professional Footballers’ Association player of the year award?
Wayne Rooney.
Who has become the first woman to climb the world’s peaks over 8,000 metres when she scaled Mount Annapurna in Nepal?
Oh Eun-sun. She is a South Korean female mountaineer.
Italy’s Reinhold Messner was the first man to achieve the feat.

Which city of India will host the 12th edition of South Asian Games (SAF Games) in 2012?
Delhi

Which country won the African Cup of Nations soccer tournament for the third consecutive time with a 1-0 victory over Ghana in the final in Luanda, Angola?
Egypt. Egypt won African nations cup for the seventh time.

Who won 72nd Corus Chess Tournament held in Wijk aan Zee, Netherlands?
Magnus Carlsen.
This 19 year old Norwegian chess player is coached by former world champion Gary Kasparov. He is currently ranked number one in the world. On 26 April 2004 Carlsen became a Grandmaster at the age of 13 years, 148 days, making him the third youngest Grandmaster in history. At the age of 19 years, 32 days he became the youngest chess player in history to be ranked world number one, breaking the record previously held by Vladimir Kramnik.

Which pairs clinched their first ATP World Tour doubles Tennis title after a hard-fought 2-6, 6-3, 10-5 victory over Karol Beck and Harold Levy in the final of $4,42,500 South African Open in Johannesburg?
Rohan Bopanna and Aisam Qureshi

Which country won the men’s football gold medal in the South Asian Games held in Dhaka?
Bangladesh. They thrashed Afghanistan 4-0 to clinch their second men’s title.

Who won award for Cricketer of the year as well as test batsman of the year in Ceat cricket awards 2008 /09?
Gautham Gambhir

Who won award for Cricketer of the year as well as test batsman of the year in Ceat cricket awards 2008 /09?
Gautham Gambhir

New partner of Mahesh Bhupathi in doubles for next tennis season?Max Mirnyi of Belarus.

First Indian and the 2nd player after Pakistan’s Javed Miandad to have played in ODIs for 20 years?
Sachin Tendulkar

12year-old boy who made a World record in inter-school cricket by smacking a mammoth 439 in the prestigious Harris Shield tournament?
Sarfaraz Khan.

Who has been named European Footballer of the Year to win prestigious Ballon d’Or award?
Lionel Messi.

Who is re-elected unopposed as president of Asian Athletic Association (AAA) in China, to serve his 3rd consecutive term at office?
Suresh Kalmadi

Who was named Sports Illustrated Sportsperson of Year-2009?
Saina Nehwal.

African nation which has been admitted into Commonwealth of Nations, becoming 54th member of organization of mostly former British colonies?
Rwanda