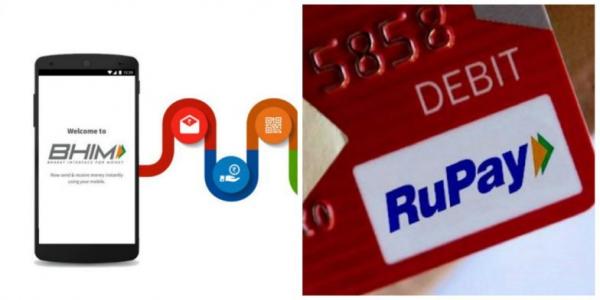 GST Council has now cleared the route to give cashbacks to customers on trial basis for digital payments through Rupay cards, BHIM app, and Unified Payments Interface (UPI) system to promote cashless transactions in rural and semi-urban areas.

Finance Minister Piyush Goyal said ” Volunteer states would roll out incentives on pilot basis for digital payments, and the GSTN, the IT backbone of the GST network, and the National Payments Corporation of India (NPCI) will develop a system soon”

Customers making payments through Rupay card and BHIM UPI, would get a cashback of 20 percent of the total GST amount, subject to a maximum limit of Rs. 100, Goyal said, while terming the move as a step towards formalisation of the economy.
Goyal added “We have decided to undertake a pilot project. A broad framework has been worked out so that users of Rupay debit card, BHIM, Aadhaar, UPI, USSD transactions can be given the incentives because these are mostly used by poor people.The Council has decided to prepare the software and back-end for this [cashback incentive] and whichever state volunteers for it, the pilot can be run in that state itself and impact on revenue can be assessed”
The next meeting of the GST Council will be held on September 28-29 in Goa.